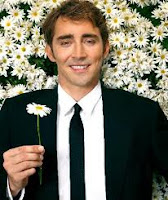 Well, this announcement came out and I am very very excited.  Lee Pace (and Jim Parsons) have joined the cast of The Normal Heart.  Blurb below, but first know that I am the hugest Lee Pace fan.  I loved The Fall, Miss Pettigrew Lives For A Day and Pushing Daisies.  I am so excited.
. 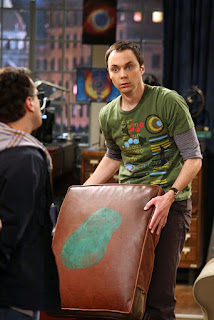 The story of a city in denial, The Normal Heart unfolds like a real-life political thriller -- as a  tight-knit group of friends refuses to let doctors, politicians and the press bury the truth of an unspoken epidemic behind a wall of silence. First produced by Joseph Papp at New York’s Public Theater, the play was a critical sensation and a seminal moment in theater history.  So ahead of its time was this play that many of the core issues it addresses – including gay marriage, the healthcare system and, of course, AIDS – are just as relevant today as they were when it first premiered.
Tickets, priced from $26.50 to $116.50, are available via Telecharge.com, by calling (212) 239-6200, or in person at the John Golden Theatre box office (252 West 45th Street).  The weekly performance schedule will be Tuesday at 7:00 p.m., Wednesday at 8:00 p.m., Thursday at 8:00 p.m., Friday at 8:00 p.m., Saturday at 2:00 p.m. & 8:00 p.m., and Sunday at 2:00 p.m. & 7:00 p.m.   (The first performance, on Tuesday, April 19, will be at 8:00 p.m.  There will be a special 8:00 p.m. performance on Monday, April 25.  There will be no performance on Thursday, April 28.)
The entire company of The Normal Heart is deeply committed to the message of this play, and so a percentage of the production's weekly profits will be donated to a group of dedicated nonprofit organizations, including The Actors Fund andFriends In Deed, among others.   In addition, a special partnership is being created with amfAR.
Posted by Scott at 1:54 PM