I Liked Catch Me If You Can

I liked Catch Me If You Can on Broadway (this isn't a review since it is a Broadway show).  I was in the minority.  Oh well, I though it was fun, I thought Kerry Butler, Aaron Tveit and Norbert Leo Butz were great.
.
If I was reviewing the show I would say parts drug some, but the up parts more than made up for it.  I lovedthe sets and the whole life as a variety show concept.  It is a hard story to tell.
. 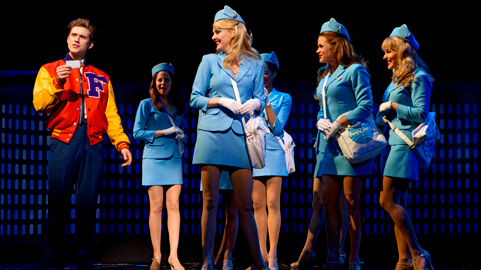 .
I don't know why I liked it and they didn't.  Maybe because I didn't like the movie (the reviews seem to hail Stephen Spielberg's mastery - so that should have given me a clue right off).  Or maybe I was more easily entertained by bright colors and a fun show.
.
Whatever. I liked it.
Posted by Scott at 12:34 PM