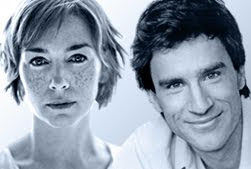 Way Off-Broadway, at a little theater called The Flea, two actors are doing amazing things in “Parents’ Evening”, a world premiere by Bathsheba Doran. These two are Julianne Nicholson and James Waterston, both familiar television actors who absolutely shine in this show.

“Parents’ Evening” has every indication that it is going to be a clichéd mess. It uses a parent teacher conference as the plot device. It makes liberal use of the gender role reversals, Julianne Nicholson as Judy, is a driven lawyer who brings home the money. James Waterston as Michael is the stay-at-home dad who is a writer with writer’s block and a looming deadline. The entire show takes place in the bedroom, mostly on a bed used for business paper work, not pleasure. The two disagree over how, or even IF, to discipline their daughter.

But as written by Bathsheba Doran, and directed with a light touch by Jim Simpson, “Parents’ Evening” moves into an interesting and unusual direction and compels the audience to tag along.

Judy and Michael have all the expected problems, but treated realistically – maybe even understatedly. And, even though in the first act you know where the characters are going, you delight in watching them get there. There is a funny touch, for those people who thought “War of the Roses” was funny but too loud. Ms. Nicholson and Mr. Waterston don’t veer into camp on one side, nor into melodramatic theatrics on the other. They play real people and we care about them.

The second act uses the parent / teacher conference results as a catalyst to break apart their settled roles. The easy and glib answers are no longer enough. The roles these parents have defined themselves into no longer fit comfortably. The bedroom (and marriage?) is too small, too confining. The easy repartee is no longer funny or easy. These two parents much rethink their relationship as partners and see what they are looking for in life. 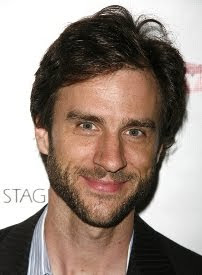 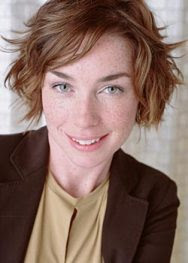 also reviewed for musicOMH
Posted by Scott at 10:34 AM No comments: 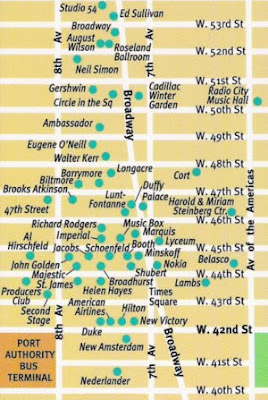 To understand Off-Broadway, you need to define it a little. It isn't enough to say Off-Broadway are the non-Broadway Theaters. For example, 2nd Stage is on the map below and impossible (from the map) to distinguish from Traditional Broadway Theaters. (Map from NYC Insiders Guide)
.
Off-Broadway is loosely defined as New York Theaters with less than 500 seats (and normally more than 99). Some of the smaller New York "Broadway" theaters have fewer than 500 seats, but the are grandfathered into the Tony Awards cycle and thus considered Broadway.
.
Off-Broadway Theaters also are governed by different Trade Union rules, which include lower compensation or lower employment requirements. This allows these theaters to mount new, experimental or targeted productions at a lower cost. Often shows will move from Off-Broadway to Broadway, sometimes with great results.
.
Some recently relocated shows include Next To Normal, In The Heights, In The Fall and soon Yank: The Musical.
.
For the Theater goer it is usually less expensive than a full Broadway production. The viewer is is rewarded often with a more intimate experience.
.
And, since the runs are normally shorter or limited in time, often famous performers from other mediums (like Television or the Movies) will take the opportunity to perform in an Off-Broadway show.
.
So venture out, you will be rewarded.
Posted by Scott at 12:17 PM No comments:

Next To Normal; An Off-Broadway Re-Addition & A Pulitzer

Next To Normal started life Off-Broadway at the 2nd Stage theater. It was a great show, but not the GREAT show it would become. It worked hard, and needed some more fine tuning before it made it to Broadway. 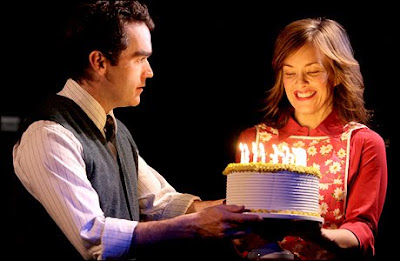 Well, it was done in Washington after the New York OB run before heading back to Broadway. And the cast worked hard to get it back. Missing at the Broadway premiere however, was Brian d'Arcy James as the father. He was committed to Shrek. In an interesting aside, both Brian d'Arcy James as Shrek AND J. Robert Spencer as Dan (the father in Next to Normal) were nominated for the Tony for Best Lead Male in a Musical. (It was won by the boys from Billy Elliot.)
Starting May 17th, Brian d'Arcy James will return to the role he originated in Next to Normal, as Dan. It should be a fun time.
In other amazing news, Next to Normal, now a certified Broadway Hit, won the 2010 Pulitzer Prize for Drama. Congrats.
Posted by Scott at 9:50 AM No comments:

Email ThisBlogThis!Share to TwitterShare to FacebookShare to Pinterest
Labels: Brian James, Next To Normal 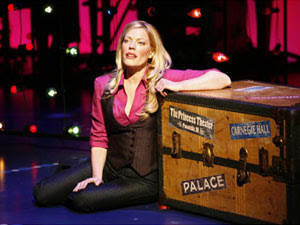 Sometimes a great show off-Broadway gets a well deserved Broadway run. Everyday Rapture, a semi-one woman show with Sheri Rene Scott is the latest well deserved show to make the move.
Seen last year at 2nd Stage, Everyday Rapture traces a biographical arc extremely similar to that of Ms. Scott. If you missed her Tony nominated turn in Dirty Rotten Scoundrels, or her stunning run as Amneris in Aida or anything she has done since, do yourself a favor and don't miss this show.
If it captures even a modicum of the intensity, humor and warmth of the 2nd Stages production it is money and time well spent. You will leave the Roundabout Theater far richer than when you went in!
Web Site
Posted by Scott at 9:38 AM No comments:

I saw the show "Langston in Harlem" about Langston Hughes and the Harlem Renaissance. It moved me.

That is a weird comment, huh? But it did. 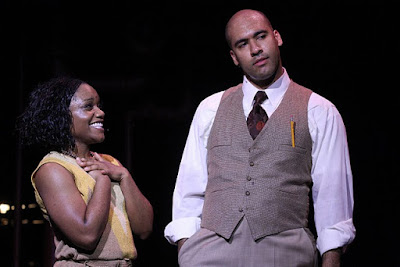 The two pictured are Josh Tower as Langston Hughes and Kenita Miller as Zora (Zora Neale Hurston) and they blew me away with their skill.

The play tracks the story of Langston Hughes' emotional and creative growth and change in the Harlem Renaissance and beyond into the 40's and 50's.

It is a musical with music put to Langston's poetry. Sometimes blues, sometimes jazz, sometimes gospel, sometimes the poems were simply performed as "Spoken Word' art..Blues were the most prevalent and moving of the style choices (although a couple of the spoken word performances were mesmerizing).

What worked, BIG TIME, was the growth and maturity that evolved in his work. Often evolving into anger, into frustration that he managed usually (but not always) to bring back to a creative space..His emotional arc mirrors so many of our own - regardless of color, creed or sexual orientation. We grow up, we learn, we enjoy, we see wrongs and scream at them, then scream at the world and then, hopeful accept the world and try to change it in our own ways. We try not to 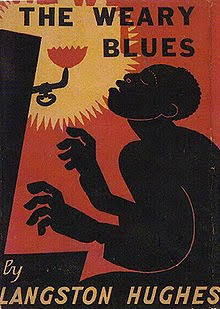 admit defeat, but we don't want to spend our lives tilting at windmills. We want more, but learn to accept the happiness we have gratefully.