The Difficulty of Finding Balance: Lifespan of a Fact

Three actors, at the top of their game, are inhabiting Studio 54 and tearing into our assumptions about truth. It’s easy in the abstract to draw a line underneath truth, but it is less easy in reality. In Lifespan of a Fact trying to draw that line is complicated and hilarious. 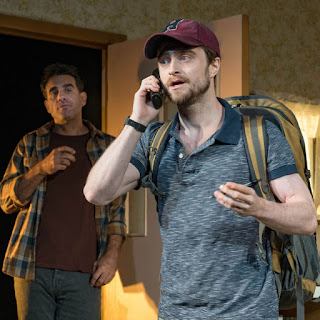 Bobby Cannavale plays John D’Argata, an essayist / journalist who has written a moving essay on a young man’s suicide. Cherry Jones is the publisher who wants to publish this great piece, but runs a quick fact check first to cover her bases.

Daniel Radcliffe plays young Jim Fingal, whom Ms. Jones has authorized to do a fact check of the article. The play is based on a book by the real Misters Fingal and D’Argata, which covers the same ground. With nothing else to go on, you might conclude this would be a dry and esoteric piece. It is not. It is quick moving, witty, very funny and surprisingly relevant in our times.

The essay in question looks at the impact of this suicide on the community. It tries to capture the world at this moment in time. To do so to the greatest affect, the writer has taken some literary licenses. Mr. D'Argata not only doesn't disagree, he defends the actions.

Fact-checking Mr. Fingal has been diligent to the point of absurdity. He has a 130 page spreadsheet of questions for a 13 page article. Sure, many of these are nit-picky, but a few are key exaggerations of the truth, which gives the article a deeper meaning, but does so by stretching the truth.

Both of the men get extremely defensive about their work. Mr. D’Argata is defensive of changing the work to alter the flow and underlying emotional impact. Mr. Fingal is adamant that if they don't correct some details, the reader won’t ever get to the feeling of the piece. When Daniel Radcliff drops by Bobby Cannavale’s house to have an impromptu discussion, tempers rise quickly. Cherry Jones strides into this rather testosterone-fueled flare up, to calm things down and try to get an essay that everyone can agree with. 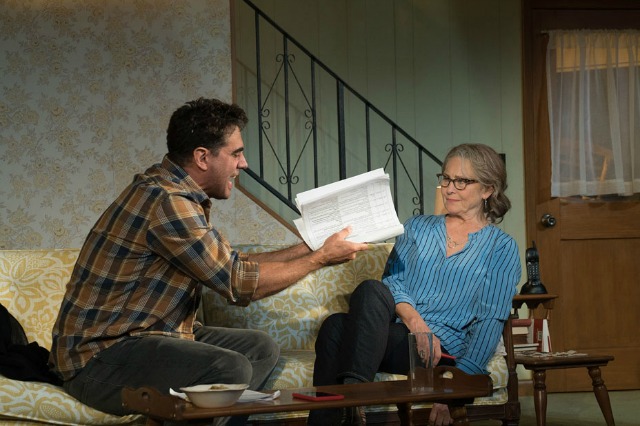 Even though these are 3 famous actors, you forget who they are pretty quickly as their characters take over. Jim Fingal and John D’Argata both admire and despise each other. Cherry Jones comes in as a publisher who cares about selling magazines for the right reason, to move and inform the reader. Her support, like the audience's swings between the two men.

The Lifespan of a Fact clocks in at a brisk 90 minutes, which echoes the deadline in the play. Leigh Silverman keeps the momentum moving and the stakes amped up. Lifespan of a Fact is an intimate show, and Studio 54 wraps it in the right space.