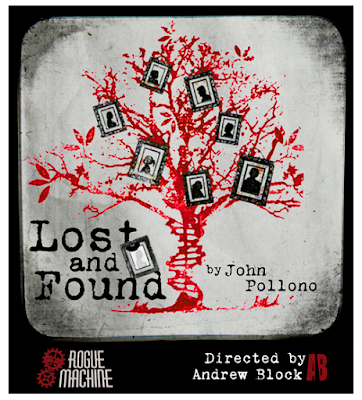 Lost And Found will start on August 16th at the Fringe NY.
.
From the Press Release... (it looks great to me).
.
New York: TV’s Geraldine Librandi (Patty Leotardo in “The Sopranos”) and Reiko Aylesworth (“24” and “DAMAGES”) will lead the cast of the edgy and poignant new play LOST AND FOUND written by John Pollono, directed by Andrew Block, as part of the 2010 New York International Fringe Festival.
.
LOST AND FOUND will begin performances on August 16 – 27 at NYC’s Cherry Pit Theatre (155 Bank Street).
.
In addition to Geraldine Librandi (Patty Leotardo in “The Sopranos”) and Reiko Aylesworth (“24” and “DAMAGES”) the cast also includes: Dana Domenick (Papermill’s Meet Me In St. Louis), Joey Gambetta (“Maury”, Regional: Picasso at the Lapine Agile), Jonathan Bock (Thom Pain (based on nothing)), John Pollono (Fort McCoy,”How I met Your Mother”) and Casey Predovic (Hartford Stage’s Tom Sawyer), and Jon Krupp (Breaking the Chain,”Law & Order”).
.
LOST AND FOUND is being presented by LA based theatre company, Rogue Machine Theatre. LOST AND FOUND is a brutally funny and poignant story about a Boston family of cops whose lives are thrown upside down when a mysterious stranger appears on their doorstep, forcing them to confront issues of love, grief, homophobia and regret.
.
tickets/website
fringe website
Posted by Scott at 6:23 PM No comments: 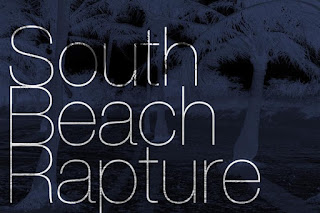 Well, the New York Fringe is coming and I thought I would highlight a show a day for a while until the Fringe is going. Things I think look fun or interesting.
.
Today's is South Beach Rapture. From the Press Release...
.
The Plum Theatre Company presents the world premiere of David Caudle's SOUTH BEACH RAPTURE – a new play about three stargazers who find one another during a meteor shower – as part of the 14th Annual New York International Fringe Festival (a production of The Present Company),with performances set for August 15 (7pm), August 21 (11am), August 22(4:15pm), August 23 (3:45pm), and August 25 (7:45pm) at Dixon Place(161A Chrystie Street). Michelle Bossy, Associate Artistic Director of Primary Stages, is set to direct.
.
A hot night on South Beach gets even hotter when three strangers meet to watch an unprecedented meteor shower. In SOUTH BEACH RAPTURE,Cynthia (Amelia Jean Alvarez), a pretty New York socialite encounters two very different men: Albert (John G. Preston), local college professor, and Felipe (Bobby Moreno), a seductive hustler. But which meeting was written in the stars? The forty-something failed artist,or the sexy Latino rentboy? Or both?
.
It plays starting August 15th
Tickets: Website
Fringe Website
Posted by Scott at 6:25 PM No comments: 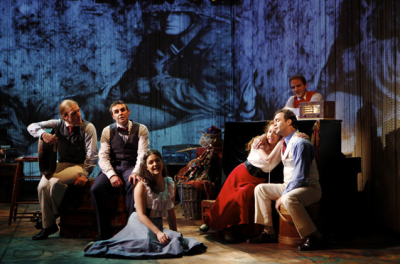 *
Irish Repertory Theatre, July 22 – September 5, 2010
*
Rating: If it sounds interesting to you
*
What works: The songs and memories for those of Irish Heritage
*
What doesn't work: The songs and memories for those not of Irish Heritage
*
What you get to brag about to your friends: Hearing Gary Troy’s majestic voice soar on some well known Irish standards
Posted by Scott at 9:26 AM No comments:

My Friend Will Be In Julius Ceaser at the Fringe

So I saw a good friend, Brian Newkirk from Los Angeles, up in Provincetown this last week-end and he said that he was going to appear in Julius Caeser during the New York Fringe Festival.
. 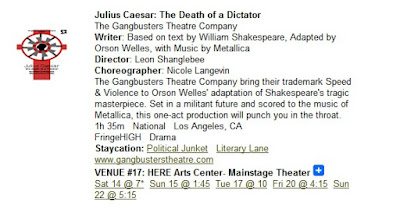 .
This is the Orson Welles' adaptation of the Shakespeare play - so I am thrilled to see it. Brian Newkirk plays the second Brutus.
.
Let's go see it! 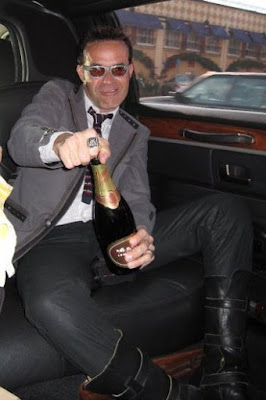 Brian, probably not as he will appear in the show.
Posted by Scott at 5:38 PM No comments:

The MCC Theater (at The Lucille Lortel) is bringing David Duchovny to New York for a show done in collaberation with The Geffen in Los Angeles. I love the Geffen - as it used to be the Westwood Playhouse and I went to school at UCLA across the street. Anyway, it sounds great.

.
D A V I D D U C H O V N Y
TO MAKE NEW YORK STAGE DEBUT AT MCC THEATER IN THE WORLD PREMIERE PRODUCTION OF “ T H E B R E A K O F N O O N ” BY NEIL LaBUTE
.
New York, NY – MCC Theater (Robert LuPone, Bernard Telsey, Artistic Directors; William Cantler, Associate Artistic Director; Blake West, Executive Director) today announced that David Duchovny (“The X-Files,” “Californication”) will make his New York stage debut in the world premiere production of Neil LaBute’s The Break of Noon, directed by Jo Bonney, a co-production with the Geffen Playhouse (Gil Cates, Producing Director; Randall Arney, Artistic Director; Ken Novice, Managing Director) Rehearsals begin September 28, and performances in New York will begin at the Lucille Lortel Theatre (121 Christopher Street, NYC) on October 28; performances in Los Angeles will begin in previews on January 25 with an official opening on February 2, 2011. Mr. Duchovny will be performing in the New York portion of the run; casting for Los Angeles will be announced at a later date.
.
In LaBute’s newest play, Mr. Duchovny will star as John Smith, a man who, amidst the chaos and horror of the worst office shooting in American history, sees the face of God. His modern-day revelation creates a maelstrom of disbelief among everyone he knows. A newcomer to faith, John urgently searches for a modern response to the age-old question: at what cost salvation?
.
The Break of Noon marks Neil LaBute’s seventh collaboration with MCC Theater as Playwright-in-Residence, following the 2009 Tony Award-nominated Best Play, Reasons to be Pretty, and is his fourth collaboration with the Geffen Playhouse. Renowned for his darkly-comic morality plays (The Shape of Things, In a Dark Dark House), he teams up again with longtime collaborator, director Jo Bonney (Some Girl(s), Fat Pig), for this exploration of the daunting, sometimes harrowing process of “finding religion.”
Posted by Scott at 1:40 PM No comments: