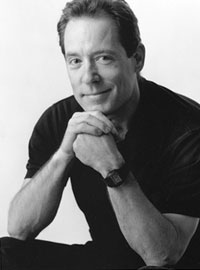 Following its run at The Wild Project, Wild Man in Rome will play Los Angeles’s Son of Semele Ensemble, beginning November 29.
In his hit solo show Wild Man, Mr. Maguire grappled with mortality as he explored the wildest moments of his life.  He told true stories of runaway horses, smuggling watermelons, and cheatin’ death.  Following Wild Man’s strong critical and audience response in New York and Los Angeles, Mr. Maguire has created this all new play with fresh stories collected in Rome over four years.  Whereas Wild Man was entirely autobiographical,Wild Man in Rome will weave fact with fable. Wild Man in Rome asks: Where is our wild side and how can we unleash it?
Written and performed by Mr. Maguire, Wild Man in Rome features direction by Elizabeth Margid and lighting design by Chad McArver.
The performance schedule is as follows: November 14, 15, 16, 17, 20, 21, 23 and 24. All performances are at 8:00 P.M. Tickets are priced at $18 ($13with valid student I.D.) and are available through OvationTix at https://web.ovationtix.com/trs/pr/917415 or by calling (212) 352-3101.
Posted by Scott at 3:59 PM