Lee Blessing's A Walk In The Woods Remembrance

Lee Blessing has a new play out that I will review when it opens (June 17th) about George Bush and my expectations were too high. Rather than pull this into the review, I am going to try to explain why now.
. 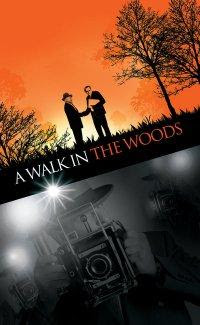 I saw Lee Blessing's A Walk In The Woods in London. It was the first play I ever saw in London and maybe my first grown up play ever. I had seen Agnes of God in New York on a trip, but it was Carrie Fisher's first night and I sat in back of Paul Simon (dating her at the time) and Art Garfunkle and it was a "thang" more than a show.
.
No A Walk In The Woods was a half price show I walked into blind, my first time in London and alone. I saw Alec Guiness! Alec freakin' Guiness! And after 20 minutes, he wasn't Obi Wan, I was mesmerised by this play.
.
It covers a year of negotiations between the Us and USSR (this was right after during Ronald Reagan) and shit yes the world teetered on the edge.
.
And this play showed so much of the "game" of nations..
.
I was young and felt that a a curtain had been pulled back showing me the Truth with a capital T.
.
Well with that remembrance (and a Pulitzer prise finalist), anything else he does has a high standard of excellence. I expected too much from his new work I fear.
Posted by Scott at 8:23 AM