Five remarkably talented young people make up the touring group of First Wave - a university sponsored Spoken Word / Hip Hop group.    They are the representatives of the first major college program that promotes the art of Hip Hop and the Spoken Word with scholarship, mentoring and support.  And these kids are smart, if they drop below a 3.0 at school, they are not allowed to continue with the First Wave Group.
.
I was lucky enough to see this group at an intimate venue before they took stage at the Apollo Theater.  They performed at the Schomburg Center for Research in Black Culture in the Langston Hughes Atrium.  And their performance was enthralling.  It was a mix of poetry, song, movement and dramatic tension that took hold of your emotions and swept you along.
.
Later they took to the Apollo Stage for the full length version of the same piece.
.
Now that I have given you the basics, let me say that this program - the first of its kind, is from University of Wisconsin - Madison.  Having been to Madison, Wisconsin let me say it is not the first place I think of when I think urban spoken word.  It's not even in the top 25.  Hell, it's not the first place in Wisconsin I think of.  But something wonderful is happening on the (oft frozen) lakes of Mendota and Monona.
.
These five performers, who also wrote the piece, represented their program magnificently.  I listened to the various supporters, professors and fund raisers say that I would be impressed, and I waited - thinking they might have oversold the whole thing.  They did not.  Two of the pictures are pretty ragged, because I took them.  I had to, I was moved to celebrate these artists.
.
Wow.
.
Following are two more pictures, the blurb from the school and then the artists' bios.

First Wave Info
Founded by UW Madison’s Office of Multicultural Arts Initiatives, First Wave Hip Hop Theater Ensemble is a groundbreaking collective of spoken word poets, emcees, dancers, singers, actors, and activists from across the United States, brought together as scholars at the University of Wisconsin-Madison. First Wave brings together top artist & scholars into a unique community to create progressive and innovative art, to push the academic man, and explode the artistic & scholarly canon. Under the artistic direction of Chris Walker, the Touring Ensemble has performed in England, Mexico, Panama, Ghana, South Africa and Jamaica as well as across the USA including featured performances on Broadway.

2013 Touring Production:
Kingdom Bequeath
What does it mean to be in a position of power and why are we so slow to place ourselves on the throne? Kingdom Bequeath is an exploration of power and how close or far from home that power tends to fall. In this production, the First Wave Touring Ensemble pushes us to look at our responsibility in the stagnant stance of out world & begs us to start moving it forward. It exposes and questions the roles we all play in fueling and diminishing the light in ourselves and others.
.

Cydney Edwards is a daughter of many things. As a performing poet, author, director, scholar and activist raised in Chicago, she aims to use her struggles and successes in order to encourage and provoke esteem in those w. She's currently attending UW Madison, and will ultimately serve as an attorney in the fields of Entertainment and Education.

Janel Lee is a singer/poet from Brooklyn, New York. She currently attends the University of Wisconsin-Madison as a First Wave Hip-Hop scholar. As both a student studying Social Welfare and an artist, Janel Lee wishes to capture attention from her audience through her words and utilize it as a gateway towards self-reflection and communal understanding.

Thiahera Nurse, originally from Queens, New York,  is a junior studying creative writing here at the UW. She is a poet in the First Wave Hip Hop and Urban Arts Community. She is invested in telling her own story and the stories of the voiceless. Thiahera uses her art as a way to heal and be healed.

Christian Robinson is a poet, emcee, and music engineer born in the suburbs of Chicago and raised in Philadelphia, PA. He began Spoken Word his sophomore year of high school and has been growing as a poet and lyricist ever since. He has won multiple poetry awards, including the Ishma Stewart award in honor of a fallen classmate’s memory. He currently is studying English/Creative writing as well as Criminal Justice at the University of Wisconsin as a part of the First Wave program.

Andrew Thomas is a Poet, Actor, playwright, director, Singer/Song writer, Producer, Rapper, and soon to be alum of UW Madison with a BA in Theater and Drama. Andrew was born in Minneapolis, MN. Andrew has been performing in the local Minneapolis Hip Hop scene Since his early teens. Since attending UW Madison as a first wave Scholar, has performed at across many states and stages, including last year’s National College battle of the Bands.
Posted by Scott at 1:59 PM 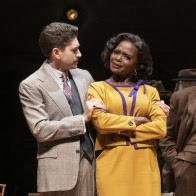 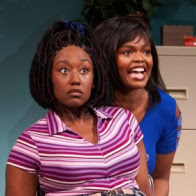 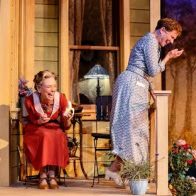