Pulitzer Prize finalist. Somewhere in the suburbs of a mid-sized city, Ben and Mary welcome into their lives the rootless couple who move in next door. But as this foursome bonds over backyard barbecues, the neighborly connection they find threatens to unravel the lives they've built and change them forever. An ecstatic, dangerous new comedy, Detroitexposes the nerves that live just under the surface of American life.

.
The second is a new Dusty Springfield musical opening after a run in Los Angeles. 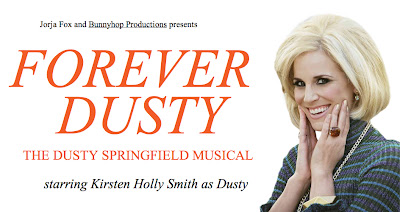 .
Links:
Detroit
Forever Dusty
Posted by Scott at 9:33 AM